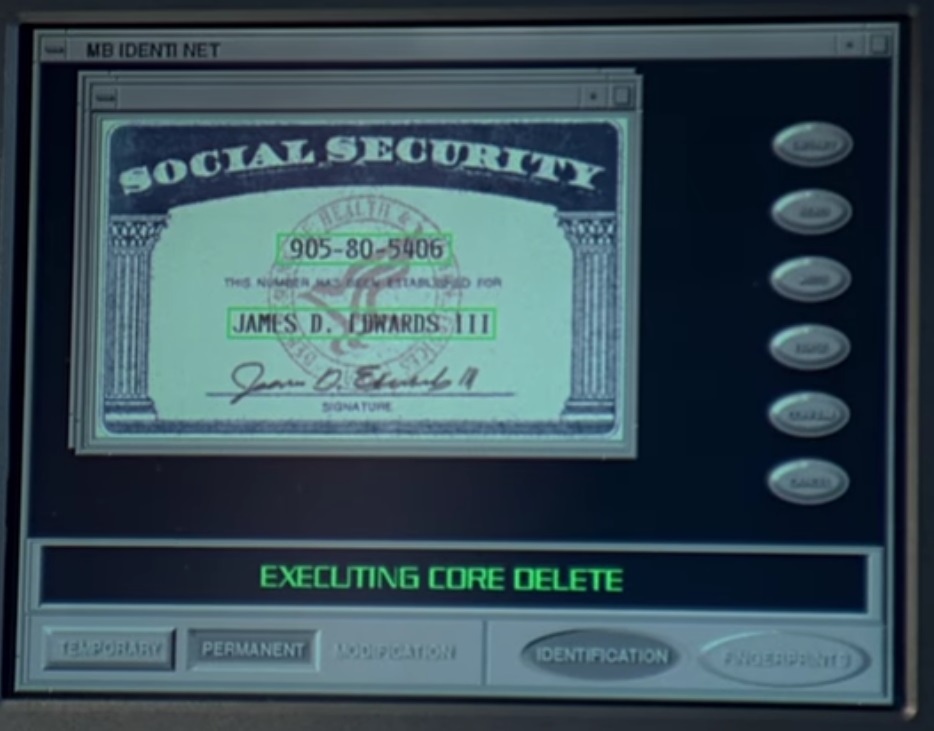 Men In Black (MIB) has character James D. Edwards III played by Will Smith undergo removal of identify history to become an MIB agent. In this scene we get to see a Gold's Gym membership as well as a Social Security Card pop up on the screen. The program MB IDENTI NET with an interface similar to WINDOWS 3.1 shows a signed SSN card for JAMES D. EDWARDS III. Both the SSN and the name fields on the card have a light green outline, which may have been left over when the edit was done to create the graphics for the film. A government issued card will not have these green boxes as shown in the film.

*Footnote: From Blocks by States we see that a number over 900 was never valid and is a great choice for use in film. This joins the groups 000, and the all famous 666 as invalid starting digits. 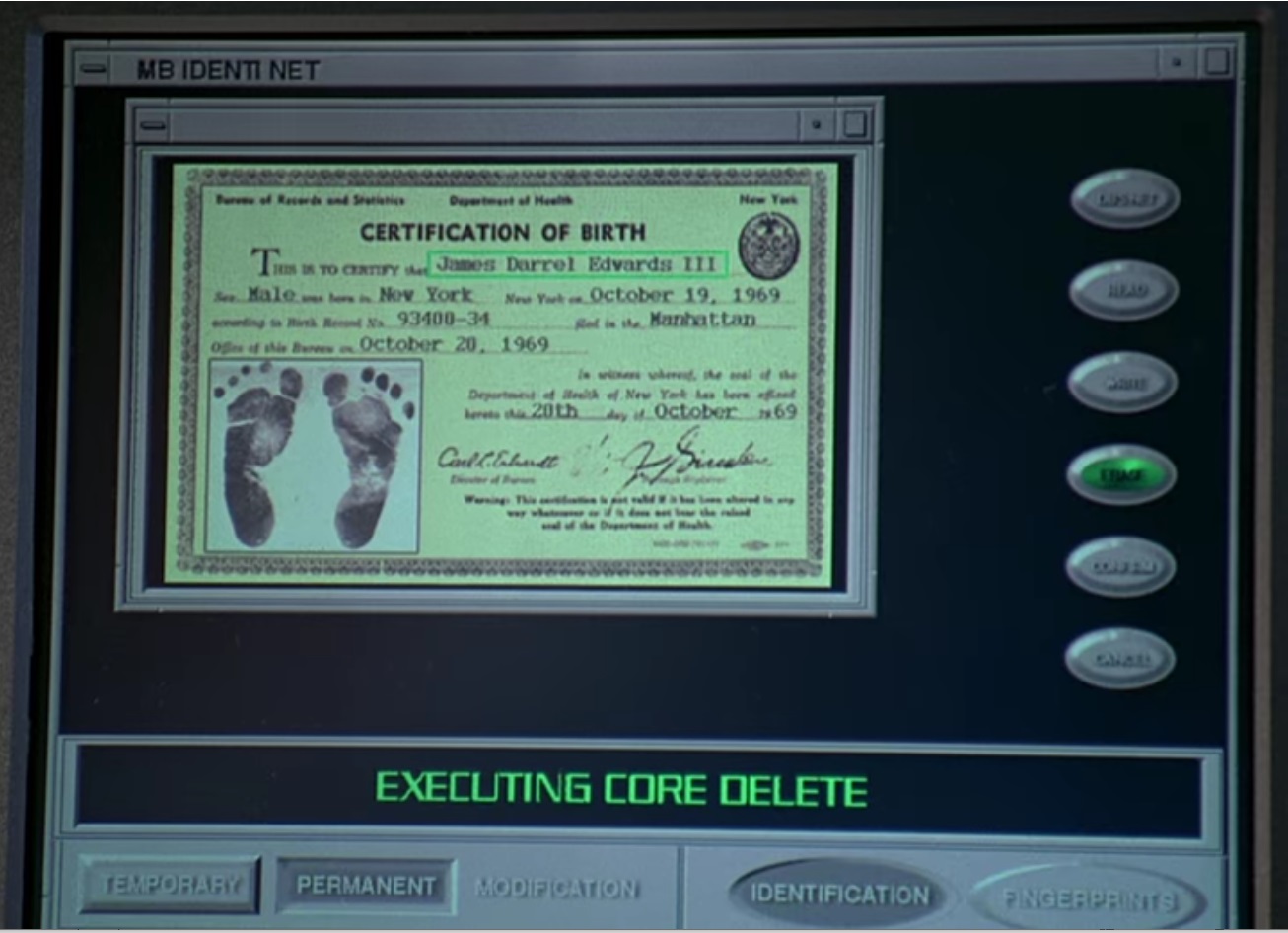 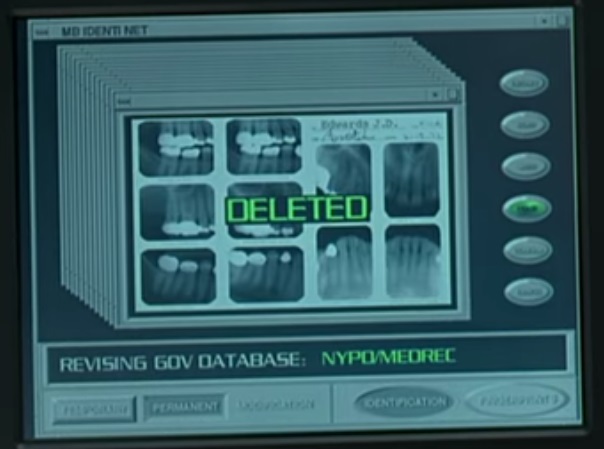 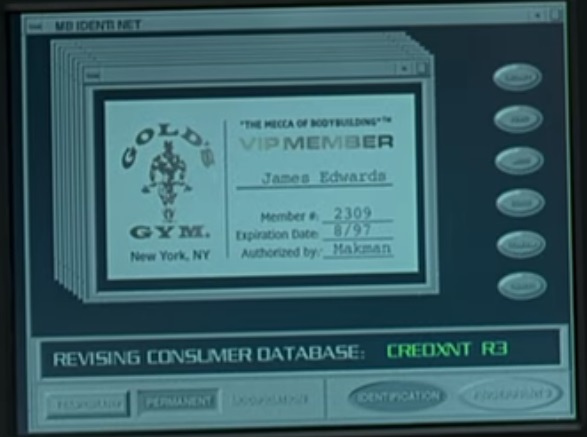 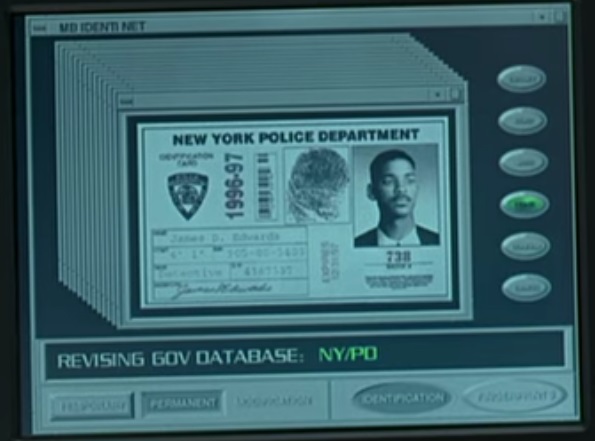 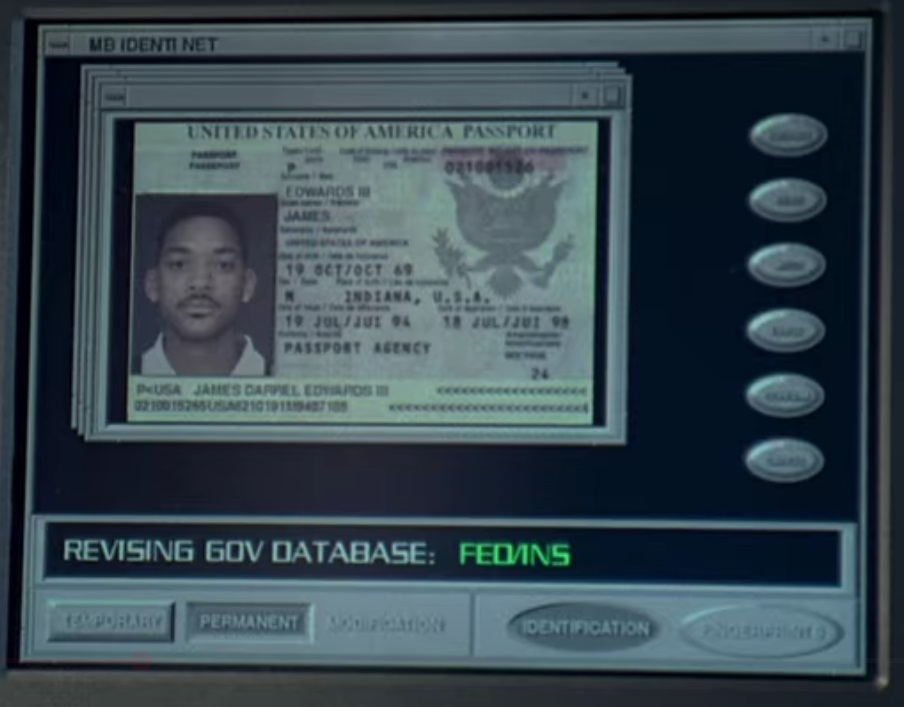